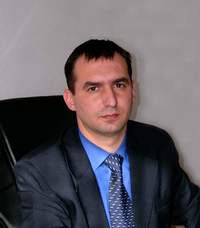 A question of trust: an interview with Sezgin Bekir, Psychologist

Profile: Sezgin Bekir a holds a Master degree in Clinical Psychology from Sofia University, and a PhD in Psychology. He is a member of the Union of Young Psychologists in Bulgaria and a chairman of the Municipal Drug Commission – Kardzhali. He is also the chief secretary of the Municipality of Kardzhali. Scool Media reporter Mariya A. Toneva spoke to him about the troubled relations between adolescents and their parents nowadays – and how they can be amended. Mariya is a 9th grader from the Hristo Botev Language School in Kardzhali.

Mr Bekir says he never considered psychology until, one day, as he waited for the school year in the medical school to start, eating pizza and drinking coffee with his friend, the name of Sigmund Freud appeared on a package of sugar by chance. As soon as he saw it, he said that he also could be as great and well-known psychologist as the Austrian. He immediately went to sign in for the psychology classes, and to this day he says it was destiny.

He combines two important jobs – that of a psychologist and a secretary of the local municipality, and he is certain that psychology helps him in his relationships with other people. “You understand them better, and they trust you more”, he says. Mr Bekir also says sometimes his work burdens him, but these are rare cases. “If you look for the help of a psychologist, this does not mean that you are a patient with mental problems, but a person who wants to solve a problem in their live”, he notes.

There is a common feeling nowadays that the younger people of today are more aggressive, intolerant and less moral. Sezgin Bekir does not believe this is the case. “The young are great! It’s quite normally a young person to be aggressive. In fact, he begins to struggle with life [for the first time], and life sometimes requires you to be aggressive. The young generation has its moral values, which do not always correspond to those of the older generation”, he says. He explained that nowadays the situation is different from the past, and he is optimistic about what young people do – setting goals and pursuing them. If there is something he does not really fancy in today’s is that they spend a lot of time in the virtual space and lose touch with reality. To him, it is problematic that some young people are looking for strong experiences in the deceptive reality of drugs rather than in relationships with other people.

According to him, the most common problems for young people can be divided in two groups: “The first is about identity, with what we are and what we want to be. This problem causes a lot of anxiety because the young person has not yet learned to judge himself and his surroundings. The other major problem is risky behaviour – the use of alcohol, smoking, drugs, risky driving. The problems of young people nowadays are the same as always – to prove themselves, and to face the risks of life.”

Mr. Bekir thinks he has a special formula that can improve communication between a teenager and an adult: it’s called trust. To him, if we agree that our visions and aspirations are different from our parents’, but also feel free to share everything without being criticised or tried, this will lead to better cross-generational relationships.

The psychologist thinks that many parents realise that they have a problem communicating with their children and educating them and are looking for the help of a psychologist. Very often, when parents want a meeting with him about a problem their child has, he tells them he would not talk to the child, but wants to meet the parent instead. He thinks that when there is a problem in the family, it is transferred to the child. So, when they notice something wrong, parents first have to look for the mistake in themselves and naturally seek help because there is nothing wrong with that.

Mr Bekir also has one advice for young people: “Trust your parents, relatives, teachers and all the people who care about you. They only wish you good, but they just think in a slightly different way”, he concludes with a smile.