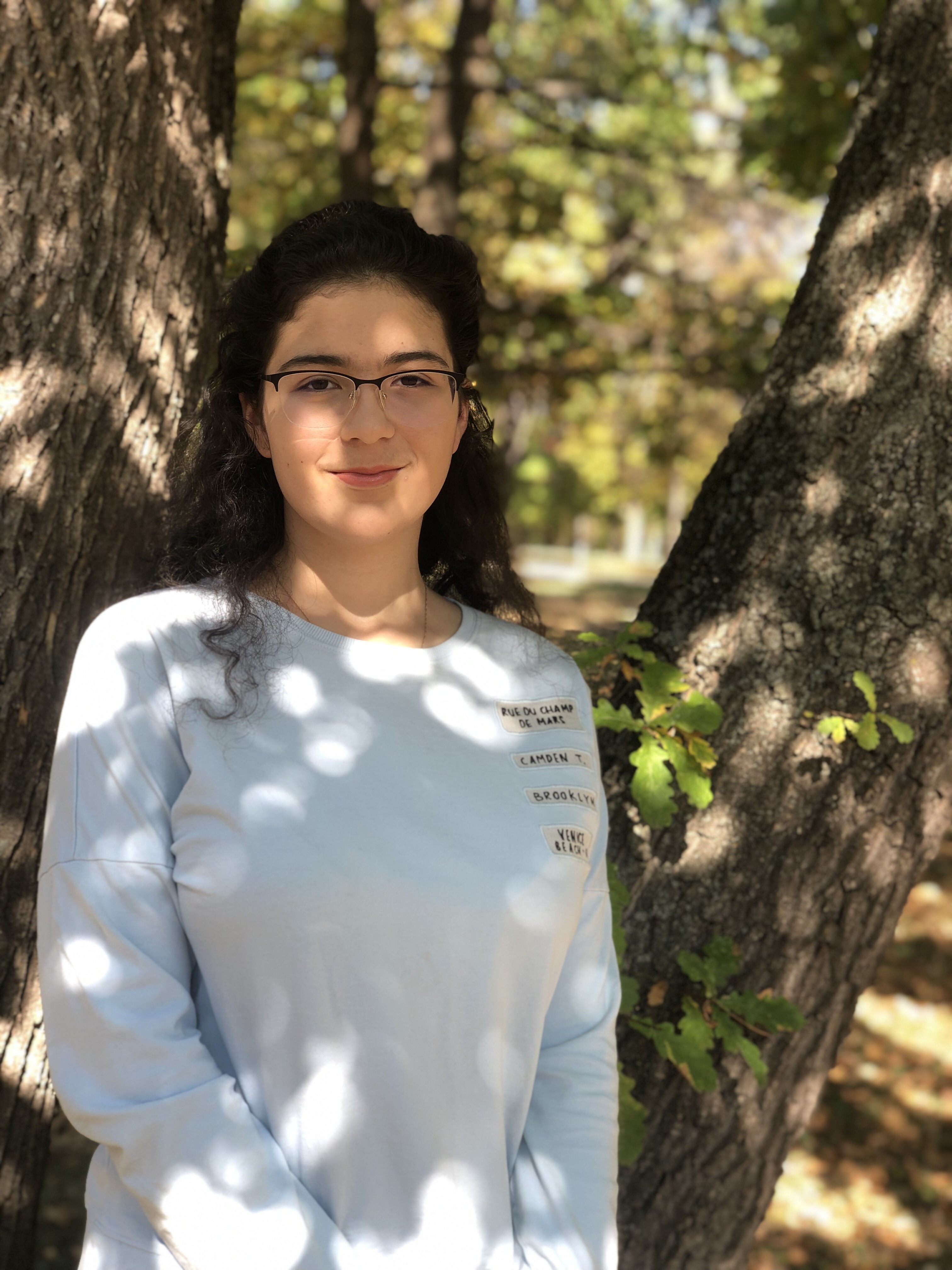 Dara Sapundzhieva from the American College in Sofia meets an everyday hero we need to know about. Check out her interview with Krasimira Kamenova who wants to show that everyone can do something against the global warming.

Although she is still at school, Krasimira Kamenova knows what to do in order to bring change to the light. Global warming is one of the most serious challenges that mankind has ever faced, but by doing small steps, for instance, organizing a club, Krasimira wants to show that action is possible.

sCOOL Media reaches out to Krasimira, who kindly responded to our questions about the idea behind the club “Fridays for Future” and how she deals with running such an inspirational club.

What was your inspiration for joining the club?

Well, I have been following the story of “Fridays for Future” ever since the movement started gaining traction across the world. I have been concerned with climate change for even longer. Last year, Yana (the president of the Club) and I attended a number of meetings on campus that concerned making the American College of Sofia (ACS) a greener place. We saw that there were many students and teachers that were interested in the topic, but most had no idea how to go about helping. Then, earlier this year, Yana mentioned that she wanted to start a club related to the issue, but she could not handle the work alone. There was only one thing I could reply with – “What if I’m the vice president, and we split it?” And so it began.

As a vice president, I try to do as much of the documentation as I can, so that Yana can focus on attracting people to our cause. And our cause is quite unique – we want to focus on not only attending protests but also raising awareness of the importance of the issue. Our meetings are, therefore, going to be focused on organizing events and thinking up ways of making ACS, and even Sofia, a more environmentally friendly place.

Why should we care and fight against climate change?

I have long since given up on thinking that we would recognize how destructive climate change is for our environment. However, people do care about themselves. They should be concerned because climate change stands to change their lives. A simple Google search would prove that the problem is here and now.

There also exist those that believe only big industries should be held accountable for what is happening, not individual people, and so they do nothing. To them, I pose a question. Do you really think that industries are going to change if consumer habits and mindsets do not? Of course not – that would be counteractive to their interests. We may not be able to convince industries to become more environmentally friendly, but small things such as convincing students to use less plastic or use more public transport, those go a long way.

From your perspective, what are the difficulties in running such a club?

Putting all the usual difficulties of running a club aside, the greatest one would be the skeptics, those that are quite happy with the status quo and have no interest in changing for the better. For now, our solution is to ignore them and keep doing what we do.

You participate in numerous extracurricular, how do you manage to find the balance between school, private life, and the club activities?

When there’s a will, there’s a way. There is no other answer to this question. As of right now, I participate in four clubs and two other activities out of school, but I maintain a passion for all of them, so they never feel like a chore. There are roughly 168 hours in a week, and I believe that is plenty of time for extracurriculars, school work, and private life (and maybe even one or two nights of good sleep)

What kind of message would you like to covey by organizing this club?

The legacy I want to leave through this club is that no action is too small when it comes to supporting a cause a person is passionate about. Anyone can help make the world a better place without sacrificing much of their comfort or quality of life. I hope that what I do would inspire other people to change the world, one very small step at a time.

If you want to bring change not only to your school but your community as well, perhaps following Krasimira’s example is the way to go. Join a club, take action and fight for what’ right: the protection of our only planet.