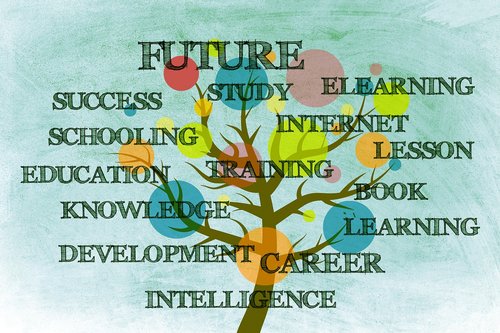 Katerina Plamenova, 11th grader at the First Language School in Varna, has dug really deep into the problems of the Bulgarian education system. Check out her analysis, as well as what ideas her fellow students have in order to make education be more about knowledge, not just learning.

Nowadays information has become one of the most valuable and essential aspects of life. An informed person is a powerful person. Knowledge gives us a better look at the world around us, new ideas, new perspectives, new creations, economical and political strength, independence, opinions, freedom. But yet information can’t be transformed into knowledge without education. And, unfortunately sometimes education cannot be transformed into knowledge as well.

Let’s dig a little bit deeper into the so called “political mentality” of our education. When in 2016 the terrifying number of 27,500 students who have failed in the 7th grade exam, got in the news, our politicians started thinking more about changing the levels of difficulty of the exam rather than changing the levels of knowledge of the students. That mindset of “fixing” the knowledge based on the students’ abilities rather than the other way around appeared also in 2015 when the lowest number of points a student needed to have to pass the very same exam was decreased from 18 to only 16 points. In the Medical university in Sofia something similar was visible as well –  the needed mark to be accepted is getting lower and lower each year, especially for males, some of whom have had barely 24.66 points from the maximum of 36 points in 2018, according to “Offnews”.

What examples like these show is that instead of trying to help students to reach the top, our system lowers “the top” and leaves students climb to it alone.

On the other hand, students and teachers are faced with too heavy program, including so many subjects with so much information in them and very little time for everything. “School consumes too much time and it’s mentally exhausting!”, says a student in 10th grade from Vraca.

The deaf word of many

Although the students’ opinion is barely heard, they do have one. “I think Bulgarian educational system should be changed before it’s too late!”- says an 11th grader from Varna. “Our education? It teaches almost nothing practical. It only jams your brain with useless information you are supposed to regurgitate on a piece of paper, only to forget it in a few weeks.”- adds a 10th grader from Vraca.

Every year there are many changes in the Bulgarian educational system. Change is good. But yet 10 out of 10 students from Varna, who have been interviewed for the purposes of this article, think that our education is not good enough and 8 out of 10 are not satisfied of it at all. Not a single student said they hated learning. Most of them love the idea of grasping knowledge. They just don’t like education. That’s what the so popular phrase “I hate school” means. It’s not about hating learning or working hard. It is mostly about the way it’s presented to them.

The minister of education Krasimir Valchev himself said at a conference in 2017 that “we need better and more motivated teachers”. “I think Bulgarian education should hire better teachers”- says also a 10th grader from First language school in Varna. While students are the ones who have to study, teachers are the ones to help them learn. It’s a two-way process. And when the scale loses balance it gets easier to break.

So are the teachers the missing piece?

The age gap between students and teachers is more than one generation, which is considered normal. According to a study at the Ministry of Education, last year it was somewhere between one generation and a half and two generations. A student from Varna says, “I think Bulgarian education is good but it should be adapted to the modern times.” How are we preparing our students for the future when the school is still living in the past? And why is there a lack of teachers and a lack of interest among the young?

The teachers’ salary has been gradually increasing throughout the years but their work is still pretty underrated with the average of 1,000-1,100 lv. salary per month according to the Ministry, which is very low compared to the average of 1,800 Euro (3,600 lv) in England for example, while still way better than 2,900 lira (900 lv) in Turkey.

What’s more, a lot of teachers say that they would love to have more freedom in their workplace. Students have also pointed out that they have noticed that “even teachers who do want to ‘light a fire’ are often “discouraged by the system”. Sadly, teachers’ main obligation in most Bulgarian schools is to inform not to educate. That’s why usually after the school bell rings there’s no new knowledge, because information is not knowledge.

The more the better….or maybe not?

Another very important part, significant for the quality of our education, is of course the organization of the process itself. Students are obligated to study different subjects for every different sphere of life – from Arts to Maths and Natural Science. In fact, a big amount of the students, interviewed for the purposes of this article, would like to be able to choose which subjects to study more in detail after 10th grade and some of them even suggested the whole high school education to be specifically concentrated on a certain subject or just a few subjects by choice. There’s usually not enough time, too much information and in the end – very little knowledge left.

A student said that “there are not any creative subjects like art or design classes”. Nowadays, creativity is a quality as important as motivation and self-belief because it is a part of every job and career path you choose. Some schools, like First language school in Varna, have already accepted an innovative program of studying that includes students thinking on different projects as a group and then presenting their projects in front of an audience. That innovation still needs a lot of work to be perfected but it’s a very good start for a new future education.

LIST OF STUDENTS’ IDEAS FOR BETTER EDUCATION IN THE FUTURE

That vicious circle of constantly increasing  the requirements but lowering the expectations from students is deadly for our children, deadly for our nation. Education is not only about reading books and learning new things. It’s about practicing, creating and discussing. Unless we build a strong system which teachers and students feel comfortable being a part of, we will never have a strong future. We need funds, we need motivation, we need innovation, we need more freedom, we need organisation, we need creativity, we need people and we need them now. We have this toxic habit of not solving the problems now. 30 years ago education wasn’t a topic to think about because thinking was way too dangerous. But unless we think about it now, there won’t be 30 years more to do so.