Teodor Dimitrov, an entrepreneur, who now works for the Bulgarian-American startup ‘’Lucid Link’’ believes that in today’s economic situation, Bulgaria struggles to find a qualified workforce, especially when it comes to young people.

“When it is impossible for companies to fill the working gap, they need people from the outside’’, he says. For instance, the entrepreneur is convinced that international students can only contribute to society in a positive way with their qualifications and foreign experience.

Such an economic impact could be vital, as there are a lot of skilful specialists in various fields coming from third countries that could definitely enrich the Bulgarian economy and make it more stable. Paskalina Traykova, Filip Shekerdjiev and Kaloyan Petrov reported for sCOOL Media. The authors took part in the Media Bootcamp for high school that took place in Plovdiv in the first week of July, organised by AEJ-Bulgaria in partnership with the Bulgarian-American Fulbright Commission. 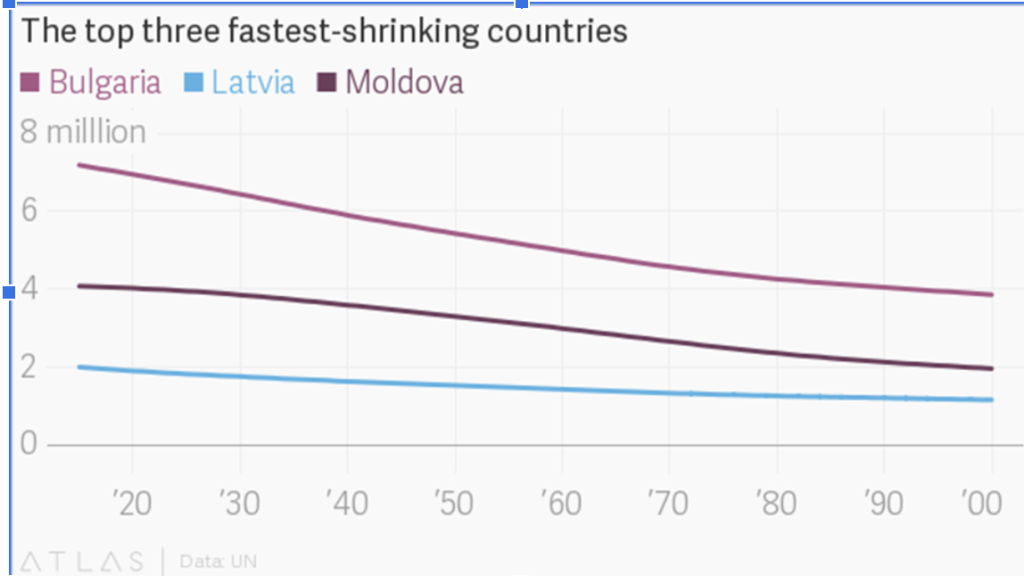 The main reason for the lack of workforce in Bulgaria is the shrinking population of the country. In fact, statistics show that Bulgaria is the country with the fastest shrinking population in the world. The UN Population Division, which produces regularly updated demographic estimates for all countries, projects that Bulgaria will lose 23% of its population by 2050, meaning that it will decrease to around 5.3 million. That dramatic drop comes along with the unstoppable “brain drain” – the departure of educated and professional people from the country. It certainly affects most of the economic sectors as Bulgarians believe that they will be offered better opportunities abroad. Statistics from the National Statistics Institute show that the population of the country has decreased by 1.1% by the end of 2021, compared to the previous year. A bit over 50% of the people who leave Bulgaria are aged between 20-39, which opens a significant gap in the working fields that are in need of young and motivated workers.

One of the ways to compensate for this loss is through attracting skilled immigrants. A logical step could be for the state to create opportunities for foreign students to continue their career development in Bulgaria. According to a survey from the European Commission every year more than 1000 international students choose Bulgaria to start their studies. The essential question is what happens when they graduate? In order to get a job, there are numerous hurdles that must be taken into consideration.

Аa member of the European Union (EU), Bulgaria allows citizens of other EU member states to work in the country without a visa or permit. However, citizens of third countries on the territory of the Republic of Bulgaria need long-term (type D) visas to obtain a Bulgarian work permit. The process of obtaining them is long and complicated. It consists of filling out a visa application along with the attachment of a lot of other essential documents.

When the preparation is done, the application has to be approved by the authorities, which takes additional time. The huge amount of paperwork, as well as the complex procedure, seems like a burden for the employers and drives them back from attracting foreign workers.

In addition, Bulgaria is usually highly selective when it comes to immigration.  Migration lawyers from Respect Consult in Plovdiv that sCOOL Media contacted for this article pointed out another special requirement: the employer must prove that the foreigner is more suitable for the job than a Bulgarian citizen. A stable proof that the foreign worker is more qualified is mandatory, which unfortunately often makes the companies rethink their decision.

Tuguldur Batjargal came from Mongolia to study at the American University in Bulgaria (AUBG). He graduated in May 2021 and since then he has been working and living in Sofia. Tugo has faced a number of challenges while trying to obtain a working visa type D.

The young man has been working at an IT consultancy in Sofia for  around a year and a half.

“I was lucky enough to get a job while still studying at a university’’, Tuguldur explains.

He got employed during his last year of education. However, when he graduated, he had to find a way to preserve his job because his student ID was expiring. Even though he had studied in Bulgaria for four years and had already been employed, he had to go through a long and emotionally exhausting, demotivating process. He describes it as “hell’’.

As there is no Bulgarian Embassy in his home country, in order to get a visa, he had to apply from another country. He was forced by the circumstances to travel to Nis, Serbia and apply for a short-term visa as his Bulgarian diploma was still in the process of getting issued. His path did not end here, because when the short-term visa expired, he had to travel to Turkey this time in an attempt to obtain a long-term one.

‘“I was stuck in Edirne, Turkey for around 4 weeks during the process. Probably it would not have been so tough, had I been at my home town’’, Tugo shares. He notes that his case is quite specific but he agrees that the process needs to be simplified and made more accessible. He is willing to stay in Bulgaria as the IT sector is growing rapidly and it offers young people an opportunity for development. However, he reckons that the complicated visa process can sometimes demotivate international students.

The young IT professional acknowledges that companies are rarely willing to go through the whole procedure, which stops third country nationals from seeking opportunities in the country. Tuguldur strongly agrees that the Bulgarian labour market needs young, qualified people from other countries. “It is a win-win situation, beneficial for both the economy and the international workers’’.

Yuli Yuliev is a founder of bav.bg – a platform for a healthy lifestyle in Bulgaria. Although his company is mainly concentrated on the Bulgarian labour market, he is optimistic about the idea of involving foreigners. He supports the requirement of a working visa, even if he admits that the process is a little bit overcomplicated.

“The most significant criteria is the experience that the person has, not the place he comes from’’, Yuliev reckons. He also graduated from the AUBG and has lived in the USA which as he said made him ‘’a product of the American system, open-minded’’. He added that especially the businesses that are focused on services look for international workers that contribute a great deal to the company.

Yuliev is certain that international workers are needed in Bulgaria and impact the economy in a positive way.

Are school uniforms a right choice for the students?