Gender equality: What do we believe in? 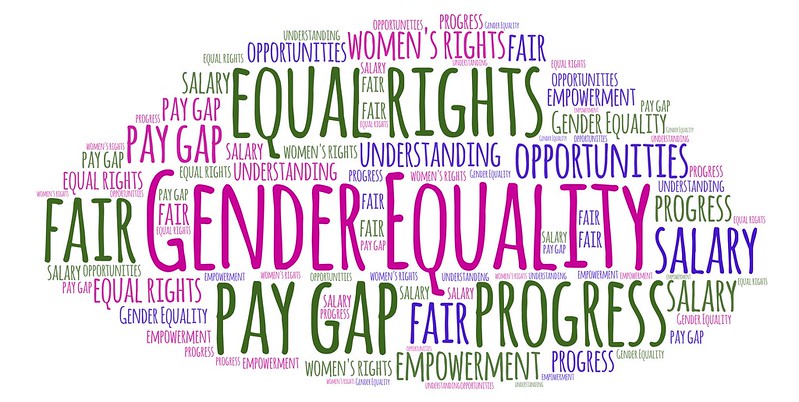 “Feminism has never just been about liberating women from men, but about freeing every human being from the straitjacket of gender oppression.” – Laurie Penny

We have always fought for gender equality. The question of equality in the gender’s right is becoming more important every single day. The voice of every person should be heard and accepted.

Modern day studies show that girls often do better in school. This, however, has not always been the case. In the past, boys were more valued in education than girls. It was uncommon and even forbidden for girls to attend secondary school or university. It was not seen as necessary for girls to be educated, as they were to become mothers and housewives.

Neli Dimova, a history teacher at First Language School, Varna, tells us about the origins of gender inequality: “If you really think about where this discrimination began you have to go very far back in time. Even in the Stone Age, there were clear divisions in the roles of men and women. Women stayed behind, cooked and looked after the children, whilst the men hunted and fought. Aren’t our roles almost the same, even today? Here’s yet another example, which has to do with our education: in Roman times girls, unlike boys, were as good as always not allowed to go school. Naturally it’s not nearly as bad nowadays and hasn’t been for quite a long time, but a similar problem still exists. You see, many still believe that some roles still only aply to a singular gender.”

Nowadays, the constitution of each country says that women and men have equal rights, but is it really true? Discrimination against people because of their gender or sexual oriention is daily routine.

Sexism has different manifestations. We watch discriminatory advertising on TV every day: ads for taking care of the household are for women and ads for alcohol and meat are for men. Children are taught to determine what is usually “female” and what – usually “male”. Pink products are for girls, and blue ones are for boys.

Polina Stoinova, a psychologist at First Language School informs us in an interview about the consequences of gender stereotyping: “Let’s start at the very beginning, in childhood, as changes in the way the different genders are treated already spring into existence at this early stage. Gender inequality even occurs in families, as the man in the family tends to be the main provider, while the woman takes care of the children and does the housework. The growth of the children can be severely affected by this. If a child is constantly told what to do and what not to do, just because of their gender, they will start to adjust to the things that they’re being told.”

Sexism exists in school as well. When they need help, teachers always say: “I need some boys to take the tables to the other room”.  Often the word “girl” is used to offend “weak” boys or gay men.

Dimitar Dimitrov, a student at First Language School shares his opinion on the matter: “I want to point out that not only women will benefit from gender equality, men would also profit from it. First of all there are certainly men that would prefer to stay at home and take care of their children. Secondly, men that practice a profession that is seen as a job for women often face difficulties. Lastly, in cases of divorce, men are often dealt worse cards because the mothers will get sole custody of their children. Gender equality would also mean that men have a shot at individual development in terms of the stark divisions in genders.”

It is important that children from an early age are informed of the problem. Discussions need to be held in order to make them look at their behavior critically.

The spirit of contemporary educational system

Effect of the Pulwama Attack on International Relations