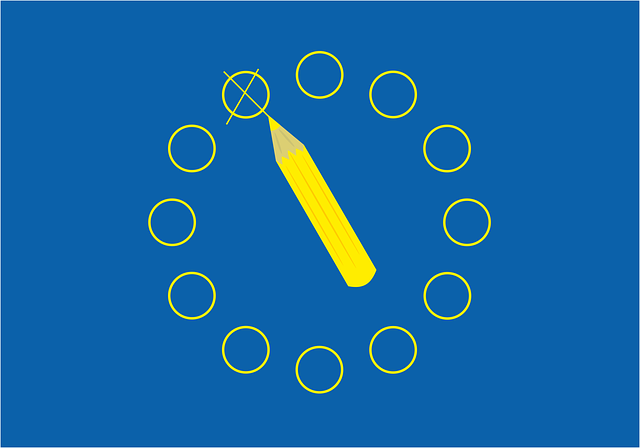 Let us be European – even if it is for a day

Are European citizens active, and what are the challenges we are facing before the European elections? These are the issues which Kristiyan Yulzari from the “Geo Milev” English language school in Ruse discussed with Mrs Irina Stoyanova from the manager of the local Europe Direct office.

As the 26 May – the date that the European Parliament election will take place in Bulgaria –  approaches, all political parties, coalitions and initiative committees have started their election campaigns. According to some analysts, these elections are going to be one of the most interesting we have seen so far, due to difficulties which united Europe is facing. Today with us is Mrs Irina Stoyanova-manager of Europe Direct Ruse.

Let’s start with the question what does Europe Direct do for the citizens of the EU?

Europe Direct is the information network of the European Union. We have around 500 offices all over Europe. Our main aim is to popularize the activities of the European institutions. We provide information to the citizens, what their rights are, what is happening in Europe, how they can participate in making decisions about the EU. Also, we can direct them to other networks of the European Union, which deal with certain point at issues. Some of them are the ‘’European Customers Service’’ and ‘’EURES’’ which is the European job mobility portal.

What you said is true, but in this case, we compare two types of elections, which I think cannot be compared. According to sociological predictions, the turnout in the upcoming election is going to be 40%, which is very good. Maybe, the national elections are closer to the ordinary people, while the European as they are thought as more distant are neglected and remain on the sidelines.

Regarding voting participation, don’t you think that there is a vicious circle in which people don’t  go to vote, but expect to reap the benefits of EU membership?

Yes, this is indeed the case. People don’t use their right to express their opinion by voting, but want someone to defend them. On the other side is that some people have a vague idea of what their rights as European citizens are, and it is part of our job, to help in these cases. In my opinion, people need to be more active and to vote if they want somebody in the European Parliament to defend their rights.

I’m going to quote part of a statement made by the European Commission, which I would like us to discuss. “Citizens would be more inclined to vote if they realized better the impact on the European policies on their everyday life and if they can express their opinion on the most important decision relating to Europe.” Is Europe too far away from its people?

Truth is we can observe the work of the European institution in our everyday life, but people take it for granted. Examples include how they wouldn’t pay for roaming anymore, but paradoxically they can’t notice that. Maybe the only way Europeans would realize what the European Union does for them is if it disappears.

Have you ever met people who decline to vote because, in their view, these elections are not important?

Through my practice, I have met people who believe in many things. There are people who vote and people who are not engaged with the things that are happening around them. Only at the moment there are more than 500 public consultations taking place that give people the opportunity to get involved in EU policymaking. At these consultations citizens can express their opinions on different topics relating to their life. The surveys are helpful because the European policies are made by using people’s opinions, and MEPs can monitor them.

How do you think citizens feel about the upcoming vote? According to a recent research of “GALLUP INTERNATIONAL” 56%, think elections wouldn’t change anything and 14% think there will be a change but it will be a negative one. Only 22% remain positive. Can we consider the Bulgarian population is pessimistic about their own future?

I don’t think so! In my view, I think it is normal for part of the population to be more conservative and to suppose that there would not be any changes, but we should not neglect the 22% which, I think, are the leading part of the voting population.

Let’s pay attention to the threats around us. Are the EU elections under the threat of disinformation?

We are threatened with disinformation every day because these are the purposes of the hybrid war – to move the focus from the real news to the fake ones. During this election campaign, there is a site, which provides information about Europe. Its name is, “thistimeimvoting”, and it aims at improving understanding of the upcoming elections. I really want to believe people will show common sense when they decide on for whom they are going to vote.

Are any measures taken to prevent attempts for manipulation on voting day?

There are contracts being made with social media platforms with regards to combating fake news.  Some accounts, which have provided fake content, have been removed. Authorities in each participating country are responsible with tackling disinformation.  Always there is danger and right here is the role of the citizens to send us signals if they see something illegal because it is crucial at least once every five years to stay active, and not remain passive.

Now, let’s summarize. Why is it important that everyone who has the right to vote to do so?

It is important because by this way the community can express its opinion and come together to choose in what kind of Europe we want to live. And this can happen by sending representatives whom we can trust in the European Parliament.