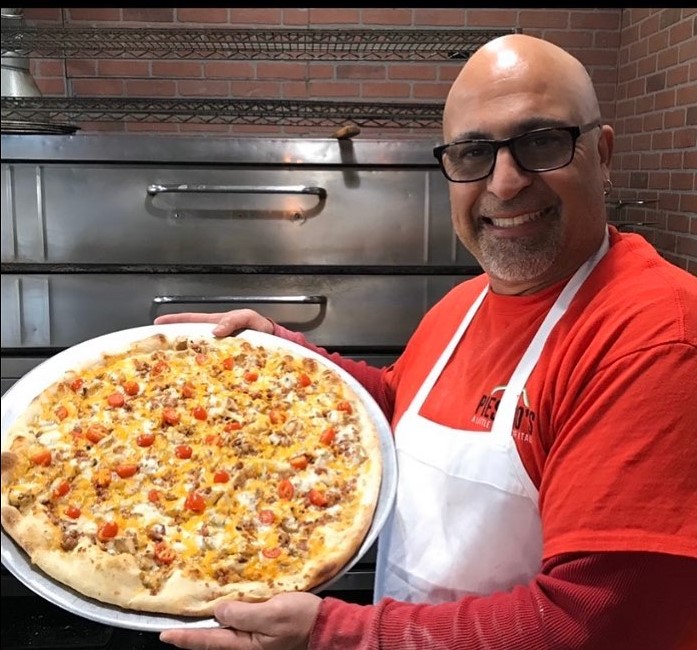 To say that small businesses have faced major struggles due to the coronavirus would be an understatement. The world of economy – on a global and local level – recently experienced and is still experiencing problems that remind us how easy it is even for big business empires to crash down triumphantly. With automobile industry giants such as Renault, Nissan and Mitsubishi axing thousands of workers worldwide, as well as Zara, one of the biggest clothing companies, closing 1200 stores, the global economic scene is doomed to be changed forever. But who is suffering the most during these trying times? sCOOL Media’s Snezhana Doncheva, student in the “Academic Ludmil Stoyanov” language school in Blagoevgrad is looking for answers to this question, diving into the world of small business owners and the challenges they are facing during the COVID-19 pandemic.

Every day small businesses from all around the world must fight for existence. And only those who have the brightest, most interesting and innovative ideas can succeed to survive.

After all, “desperate times need desperate measures”. Or was it creative measures?

Here are two stories from different parts of the world that show us how our imagination can truly be a lifesaver or at least a business-saver.

It is pointless to say that New York is the most famous city in the USA. In 2018 it even made it to the 8th position of the Euromonitor International’s ‘100 most visited cities in the world’ list.

Tourists come here to see popular landmarks such as the Statue of Liberty, the Empire State Building, Central Park and many, many more. The possibilities are endless. One thing however is a must if you ever find yourself in or somewhere near New York. That is of course trying the iconic New York-style pizza.

As Governor Andrew Cuomo declared a state of emergency on March 7th, a large amount of the famous pizza places in the state of New York found themselves struggling to stay afloat.

Luigi Mondi is an owner of one such pizzeria. He has been in the pizza business for over 35 years, opening his first pizzeria at the age of 21. Through the years Luigi has had a number of storefronts on Long Island.

His newest creation, ‘PizzAmoré’, opened in December of last year. The first couple of months were promising, but as soon as the coronavirus pandemic hit the orders started to slow down. Soon Luigi realized he had to do something in order to save his family business.

Mr. Mondi knew he had to adapt his company to the new conditions. He decided to resurrect an old idea of his- incorporating the pizza that is a staple for New York culture into the frozen food industry.

And that is how ‘So Dough Licious’ was born.

Essentially, what makes Luigi’s frozen pizzas more special than the ones we see in supermarkets are the fresh ingredients and the fact that the pizzas are fully cooked before being packaged and frozen. That way the flavor preserves itself and everyone can taste the distinctive New York-style pizza.

Luigi’s frozen pizzas became a total hit after his daughter Savannah decided to post a video to promote her dad’s business on TikTok (a social media platform).

‘I decided to jokingly make a TikTok of him [Luigi] making one of the pizzas just to see what would happen… After about two hours of the TikTok being up I was receiving thousands of messages and comments on how to order and where these pizzas could be purchased!’ Savannah said.

Indeed, a lot of people placed orders and Luigi’s idea took off. They started shipping orders to various parts of the US. The pizzas were even reviewed by Dave Portnoy (an American internet celebrity).

Unfortunately, things started to seem too good to be true for the family business. Another problem occurred. The shipping costs were way too high and the shipping delays resulted in some of the orders being inedible by the time they arrived at the customers’ homes. The ‘So Dough Licious’ team had no control over that, and their website is now temporarily inactive.

Although the creative idea is what made Luigi’s pizzas well-known, his main storefront ‘PizzAmoré’, located in Ridge NY, is currently the only place that offers them.

But even with the state of New York reopening, people are still anxious about eating out.

The owners of ‘PizzAmoré’ are not sure how long it will take for their business to fully recover. They hope that over summer orders will start to pick up again, now that their pizzas are acclaimed and people from all over the world are interested in trying them.

A survival kit for cereal lovers

‘Ei tuka Crunchy & Flakes café’ is a one-of-a-kind cereal café. It is located in the center of Varna, the maritime capital of Bulgaria, and it offers a variety of cereals (some of which are not on the Bulgarian market) accompanied by colorful milk, shakes, waffles and many more sweet delights.

Maria Zhekova, the owner, worked in an office before opening ‘Ei Tuka’. Her son gave her the idea to open one such café. It all started in August 2018. Тhe family found a room, big less than 20 square meters, that they could use for the cereal bar. Even though it seemed a bit small at first, they decided to grab the opportunity.

The owners incorporated the values that they share in the interior of the place. They furnished the café with tables for one, two, three or four people but they also made sure that there was always an extra seat on each of them. The legs of the tables were shaped as an X, symbolizing a hug, while the legs of the benches had the form of an O, representing a kiss. The colors on the inside also represented different things that the family strongly believed in, e.g. purple-nobility, pink-love, blue-wisdom and faith, green-growth.

Four months later everything was ready and ‘Ei tuka’ opened its doors. It quickly gained popularity. The clients were satisfied with the services and enjoyed the fresh and positive atmosphere of the café which then led to moving to a new location with a bigger capacity. So far everything was going smoothly.

On March 13th the Bulgarian government declared a state of emergency as a measure to limit the spread of COVID-19. Certain citizen rights were temporarily restricted. In parallel with that all restaurants, cafés, bars, discos etc. were shut down.

Although takeaway deliveries were still an option for these types of businesses, the state of emergency obviously left a mark on Bulgarian economy.

The situation was no different for ‘Ei tuka’. The café had to be closed for over a month, there was no income and the costs never seemed to end. It was hard to adapt to the changes that came with the state of emergency, but Maria was eager to find the silver lining.

‘It was time for reckoning, new ideas and preparations for new menu items. Sometimes ending one thing leads to the start of another.’ she told sCOOL Media.

And so she decided that since the physical contact with the clients was now impossible, the timing was perfect for her to work on the social media image of the café.

Apart from that a new creative idea occurred.

The owners always thought that shipping packages of an array of cereals and supplements was going to be a great investment. They just never thought that the right time would come.

However, one day a family friend from Sofia asked the team at ‘Ei Tuka’ to send him a package filled with the sugary goods that the café offers. He even called it a ‘survival kit’.

And just like that they started promoting the new idea on their social media platforms. Soon orders from all parts of Bulgaria started to fly in.

A lot of people wished to taste cereals that they had never tried before. The ‘Ei Tuka’ team shipped packages to over 60 Bulgarian cities, towns and villages.

The survival kit was a huge success and definitely helped the business. Still, it might take a while for ‘Ei tuka’ to get back into rhythm. Until then the café team is more than ready to continue putting their creativity out into the open.

‘It’s hard and complicated, but I genuinely wish for everyone to be healthy, to work and have incomes, to live without fear, but still be reasonable. Enjoy the happy moments, be grateful and don’t forget that the best is yet to come!’, Maria explained.

Being a small business owner is by no means easy. Add a pandemic to the picture and it seems rather impossible. Luigi’s and Maria’s stories however showed us that in the world of economics everything is possible. You just have to be bold enough to believe in yourself.