“Some complain, some not, but I’m just trying to get some money for living” – the story of the Blagoevgrad street musician Yuri 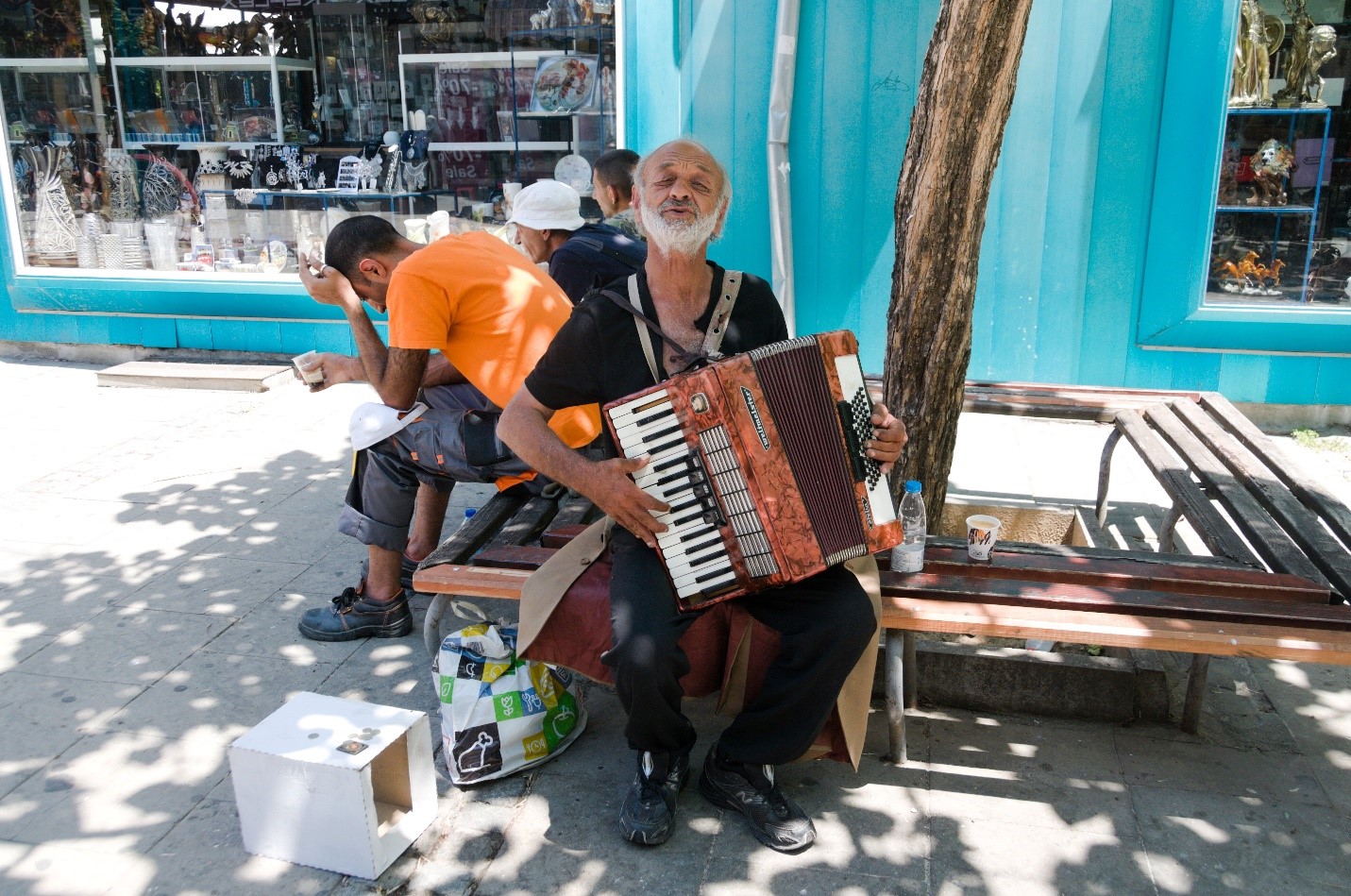 In two separate materials, Mariya Toneva from Hristo Botev Foreign Languages High School in Kardzhali is telling the stories of working poor people in Blagoevgrad. She found them and recorded them while participating in the first Meda Bootcamp run by the Association of European Journalists (AEJ) and the Fulbright Commission, in partnership with the U.S. Embassy in Bulgaria. The first story is that of a homeless Blagoevgrad musician trying to get by despite the hardships.

Yuri, a 64-year man, plays his accordion every day at the main square in Blagoevgrad. He says that he sings to cheer people up here, in his lovely town. “Some complain, some do not, but I am just trying to earn some money,” he says.

Every day he travels for half an hour from Simitli, where he lives, to Blagoevgrad. Although he is homeless, he is doing everything to make a living and make people happy. “People are desperate – some give you money…some do not,” he adds. He goes on telling how some people listen to his music and just move on while there are others who care more and would give him 5 or 10 leva. He says he forgives the former, but adds that they do not deserve to enjoy even a note of his music.

Yuri explains that some people are just more charitable – if somebody gave him money ones, they would probably donate again, while the opposite is also true. He thinks, however, that some people chip in not because of his accordion skills but because they are good people and want to help him.

In the end, he asks sCOOL Media if we want to hear some of his music and started playing and singing at the same time. We say ‘’goodbye’’ with a song, smiles, and wishes for many success in the future.

Statistics on homelessness show a grim picture. Non-governmental organizations say that the number of homeless people is on the rise. In 2011 there were 770 homeless people recorded only in Sofia, while in 2014 there were already 1370. Moreover, Bulgaria has the highest number of people living in risk of poverty in Europe– close to 40%, according to Eurostat. Yet, public debates about their lives and hardships do not happen.