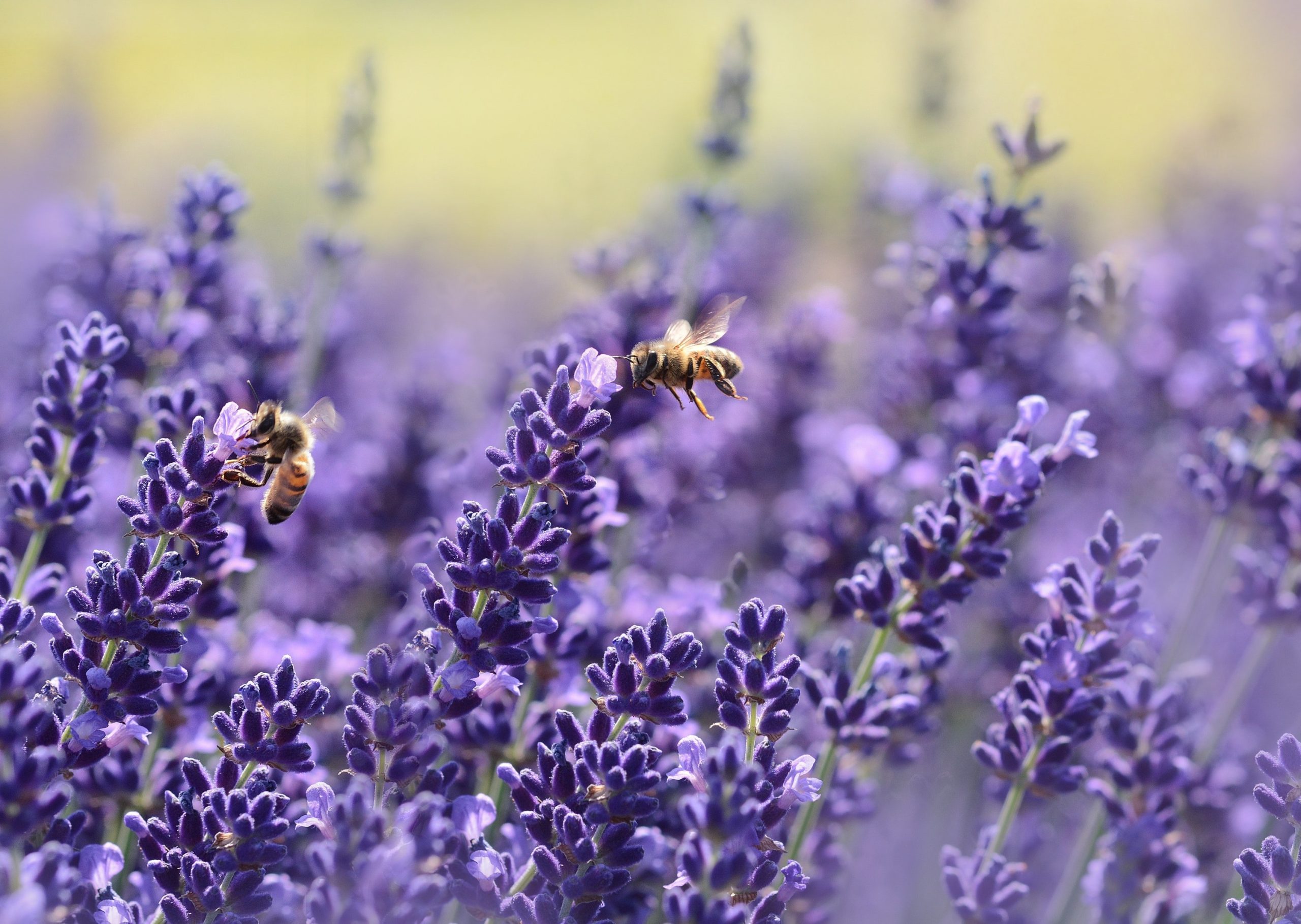 The Coronavirus pandemic captured public attention to an extent rarely seen before. However, other key global topics ought not to go – and remain – on the backburner. One such issue that requires attention is the danger that pesticides pose to the populations of bees – the little heroes at the centre of our food production system . Ilia Iliev from the “Hristo Botev” Foreign Language High School in Kardzhali tells this important story.

Although pesticide producing companies often argue that their products are “safe”, we can already see and feel the growing problem that agriculture is facing. It is the main activity which requires the usage of different pest control methods, therefore, it is the biggest pollutant. Ironically, the creatures that suffer most, are the ones that are responsible for the growth of crops – the pollinators.

Pesticides are various different substances used to kill or control pests. They can be divided based on the target organisms. They can also be divided based on the substances used, or the way they are used. They can be bacteria, virus, fungi or chemical based and most often are spread with water, fertiliser, air or the seeds of a crop. No matter how, where or why they are used, they always end up in nature. It is believed that the first usage of pesticides have been more than 4000 years ago, but they have developed greatly since then. Many of the natural means of coping with pests have been replaced with synthetic ones, which causes unforeseen problems.

Some of the animals that pesticide use harms the most are the ones who are in constant interaction with crops – the pollinators, most commonly bees. So, why are bees important? Most fruits and vegetables need pollination, which makes the food industry heavily dependent on them. The Western honey bee is the most widely used bee for pollination in agriculture. In fact, according to the Food and Agriculture Organisation (FAO), the value of all crops pollinated in 2005 was close to $200 billion USD. Bees are hairy and spend most of their lives flying from one flower to another, which makes them the ultimate pollen distributors.

These important insects can be affected in a few different ways depending on the pesticide. They can die instantly, develop chronic diseases, or in the worst-case scenario – return to the hive and contaminate the queen. Potentially, they can expose the whole colony to the risk of death. There are many insecticides, or chemicals that are meant to kill insects, which are known to impact bees negatively. Such are all Neonicotinoid pesticides. They are derived from nicotine. Often used as coating of the seeds of crops, later they can end up in any part of the plant. They work by damaging the nervous system of insects that often kills them. They can also interfere with bees’ abilities to fly, memorise their route and forage. Although some Neonicotinoid pesticides have been banned in Europe and others have been heavily restricted, they are still widely used in the USA and the rest of the world, where very few restrictions exist.

Unfortunately, researchers keep discovering more and more new effects that some other chemicals have on bees. One example of this is the Glyphosate, which is considered the most common weed killer in the world. Until recently, it was believed that it was non-toxic. But after a decade of investigation led by Nancy Moran, an evolutionary biologist at the University of Texas in Austin, it was concluded that Glyphosate actually had a negative impact on bees. The chemical was found to be responsible for a decline in the populations of the bacteria Snodgrassella alvi in bees’ guts.

This decline made bees more prone to infections which was proven after only 12% of the insects that were exposed to Glyphosate, survived being infected during Moran’s tests. Causing mass death and increasing the mortality rates is why pesticides are believed to be the main reason for the, so called, Colony Collapse Disorder (CCD). This phenomenon occurs when a significant amount of worker bees in a colony disappear. The first reports of CCD were in 2006. According to the United States Department of Agriculture (USDA), “during October-December 2006, beekeepers became alarmed that honey bee colonies were dying suddenly across the continental United States. Beekeepers reported losses of 30-90%.” CCD is responsible for huge economic loss as the shortage in honey bees has already caused a rise of 20% in the price of pollination services in the USA.

Excessive and incorrect use of pesticides has also become a hurdle for many beekeepers. In order to understand how this impacts their work, sCOOl Media, decided to meet a Bulgarian beekeeper. Ivan Vanchev has been taking care of bees for the past 28 years, in a village not far away from the town of Haskovo. He has six hives, or 400,000 bees. Despite of the fact his production is meant only for his family’s personal use, he is familiar with the ins and outs of beekeeping.

Lately, there has been a lot of talk on the effects of certain pesticides on animals, and more specifically bees. Do you think there is an excessive use of pesticides in this region?

I wouldn’t say the problem is with the excessive use, but rather with the incorrect use. What I mean is that, according to the law, prior to spraying pesticides on crops, all beekeepers must be informed, so we can protect our bees by restricting them to their hives for some time. However, chemicals are sprayed throughout the whole day, which is completely incorrect as this activity should be done during the early parts of the day, before sunrise, before bees become active. Especially when it comes to spraying from the air.

Have your bees ever been affected?

When pesticides are sprayed during the day the bees can do nothing, so they get poisoned and usually end up in piles in front of the hives. A few years ago, this happened to us. Although we have had no problems recently, I have heard quite a lot of people complain that their bees are dying.

How do you think the decline of bee numbers affects Bulgaria and Bulgarian beekeepers?

It is something huge. There are people with big businesses, who sometimes have more than 100 hives. When their colonies are affected, it may take years for them to recover. Bees require a lot of time, dedication and care.

What measures does Bulgaria take, if any, when it comes to pesticide use?

There are measures taken, but there is no control. All the beekeeper’s hives have been registered. Farmers are also registered and supposed to announce, three days prior to using pesticides, to their municipalities. Then, the municipality must inform us, something that doesn’t happen. Years ago, there was more control over such activities, but nowadays everyone sprays whenever they want and nobody checks to see if they followed all requirements. The only way for this law to have any effect is by introducing substantial fines.

What about honey quality? Can it be contaminated with chemicals?

Depending on the year, with no supplements, we can get around 30kg of honey per hive. Honey production is highly dependent on the weather, the position of the hives and of course, the health of the bees. And yes, pesticides can absolutely be traced in honey. This is why, in order for honey to get to the shelves, it has to be checked and licensed in a laboratory. Smaller producers like me, who don’t trade, don’t get it checked. 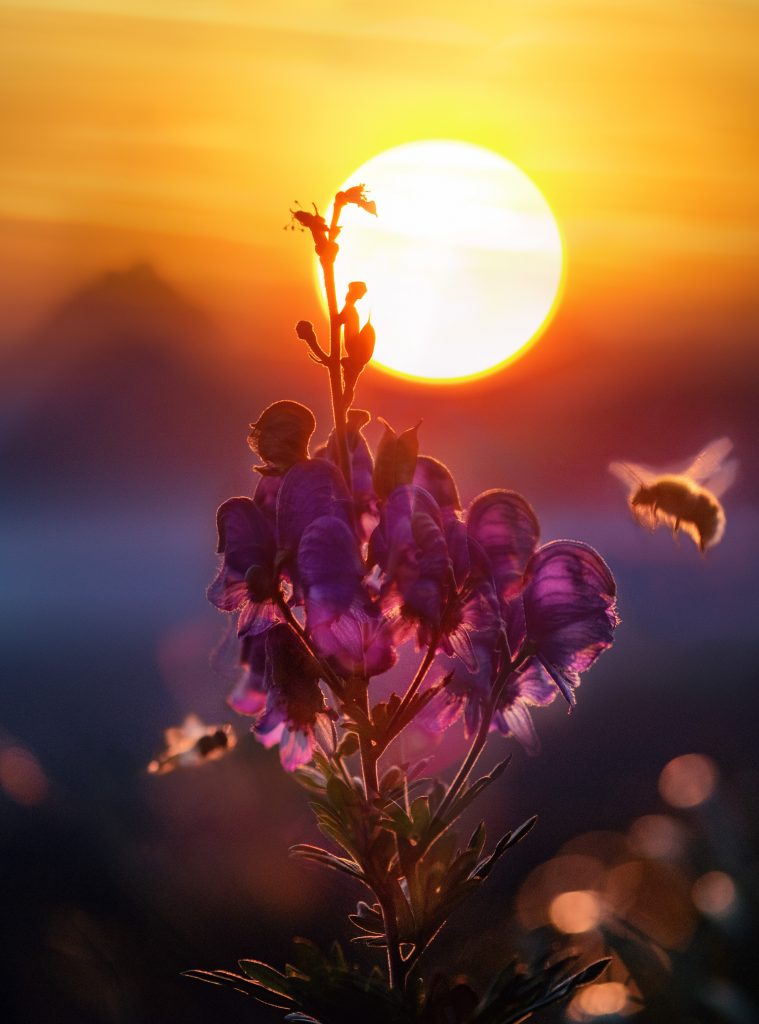 Furthermore, it turns out that even after all tests some honey that reaches consumers contains pesticides. In fact, a study published in Science Friday showed that four out of five honey samples collected from nearly 200 locations from six continents contained at least one kind of the above-mentioned Neonicotinoid pesticides. Apart for being dangerous for insects and bees, it has been speculated that there might be long term effects for human health related to the exposure to these chemicals. In addition, Glyphosate is also believed to lead to serious illnesses to people as Nancy Moran’s research suggests that it is toxic to the liver and kidneys and kills beneficial bacteria in our intestines.

While humanity is undoubtedly dependent on the pollinator species, pesticides are important for agriculture to be economically efficient. However, not much seems to have been done about the problem of their misuse. Banning or restricting the use of certain chemicals fixes the problem briefly, only until new ones – often possessing similar detrimental qualities – are developed. One of the ways in which a problem of this size can be tackled is by companies and authorities working together to come up with a natural, bio friendly replacement for all the industrial substances, which is not easy to come by.

Bees are in the midst of an extinction-level event. They have existed for the past 120 million years. Without them, humanity wouldn’t even exist. It is only in our interest that something is done about their peril, because pesticides are endangering not only bees, but humanity’s future.