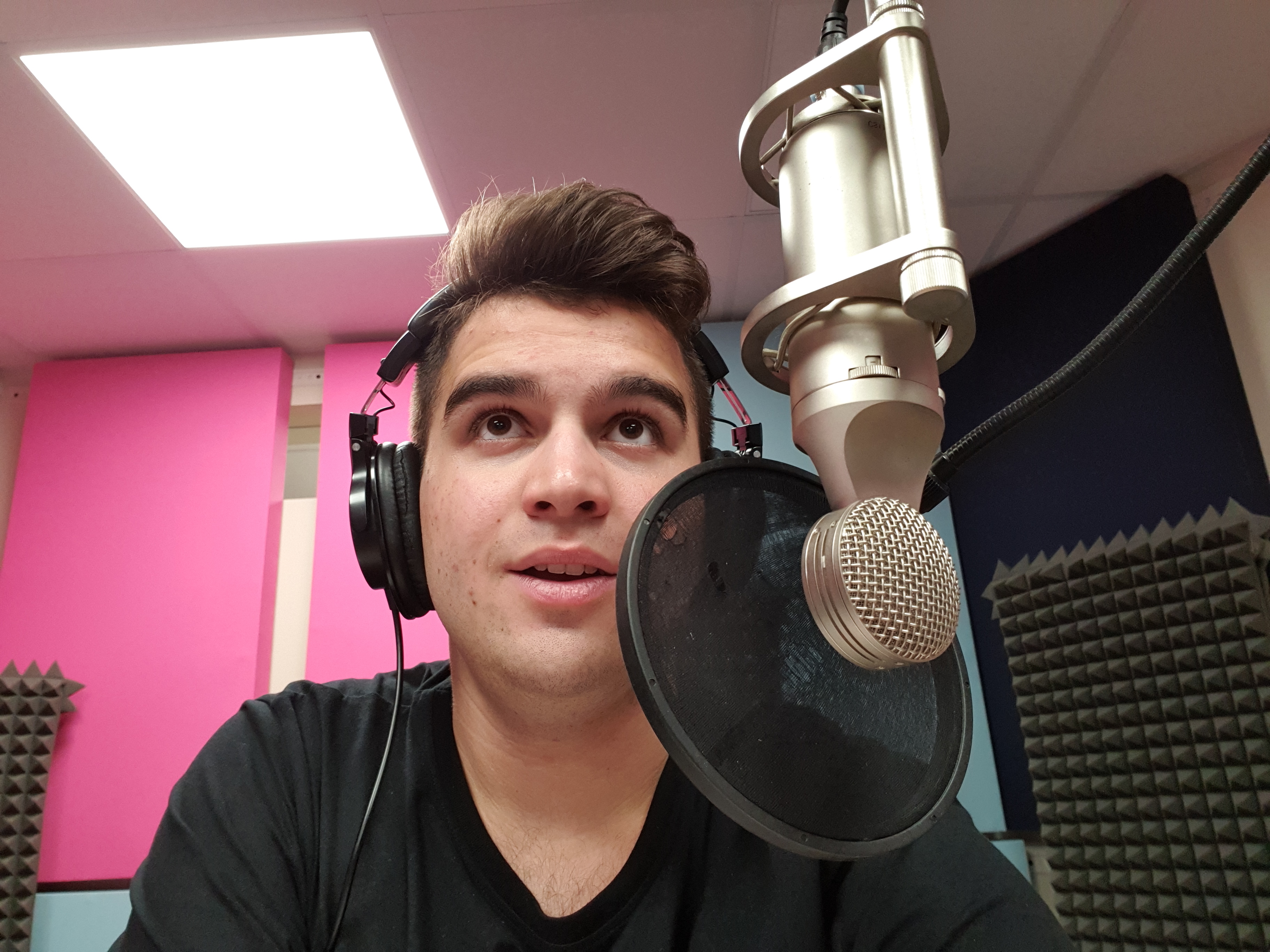 Dara Sapundzhieva from the American College in Sofia meets a really interesting young actor – Christian Varbanovski, who shares what is it like to be a voice actor.

The actress Felicia Day says that “Voice acting is very different from live-action. You only have one tool to convey emotion. You can’t sell a line with a look. It’s all about your vocal instrument.” What are the challenges which a young voice actor in Bulgaria faces and what are his plans for a future career in the sphere. The high-school student Christian Varbanovski gives us answers to these questions and explains what is it like to be the voice behind the mic in the following interview.

Christian is a young and determined artist with quite a lot of experience behind his back. When he was 5-years old, he became part of the most popular children’s vocal band in Bulgaria – Bon-Bon. There he also takes part in their musicals. Also, when he was only 12-years old, he was invited to make his first voice acting performance like the deuteragonist Bunga in The Lion Guard series. Later, he has taken the role of Lincoln Loud in The Loud House series. His adventure is not over, yet. He has also played in some advertisements and in the last episode of the Bulgarian web series “Ne taka, bro”, starring the high-school boy Forry. 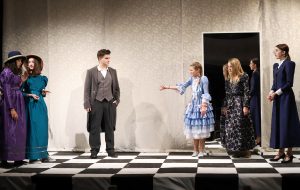 When did your career start?

I became a voice actor due to one single reason – Bon-Bon. And then everything just started falling into place… It’s gonna sound cliche, but I’ve always wanted to get into dubbing. 10-year-old me thought it was a great way to watch movies before they come out and also have fun. Guess what, 10-year-old Kris was right! It is super fun and you also get to watch stuff before it is out. Also, you meet a lot of great people in the studios and the conversations are truly inspiring.

I love the magic of live theatre and I want to continue pursuing a career in Theatre Arts and Film-making. From the tons of interests that I have, this is the one which I am most confident with. It’s like an extension of me.

What qualities does one need to become a voice actor?

You need creativity, talent, very good pronunciation and basically everything required from actors. However, voice acting is much more difficult than it sounds. You need to make sure that whatever you say works with the lip sync and also has the appropriate amount of emotion in it. I prefer standing when in the studio, so I can move and use my body to convey and mimic the character which I am portraying at the moment. Also, you need patience and a lot of energy. 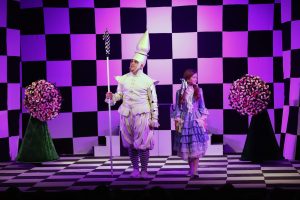 What are your biggest voice acting achievements? What are the difficulties as well?

You’ve probably never heard of me, right? That’s because voice acting is not about fame and glory, but rather about being humble and enjoying the small daily achievements. For example, seeing a kid appreciate a show that you have worked on is easily the best feeling in the world. When the countless hours of exhausting work you have put in a project come to a successful end is just such a rewarding and fulfilling experience.

How do you work as part of a team?

Teamwork is an essential part of voice-acting. You always have three people working at the same time: a director, a sound engineer, and a voice actor. Personally for me, this is the easiest part of the job, as I love talking to people and sharing experiences with them. The breaks in the studio hallways are all about meeting new people and hilarious inside actor jokes.

Which character that you have voiced do you feel more close to you? Why?

The character closest to me is probably Lincoln Loud from the Loud House. Sure, I’m not eleven, white-haired and thank God, I don’t have 10 sisters, but we’re both a bit quirky and very good at navigating chaos. I can relate to almost everything he does: his irrational plans, his peculiar ideas, his love for video games and so on. I think I could use some dating advice from him, though. 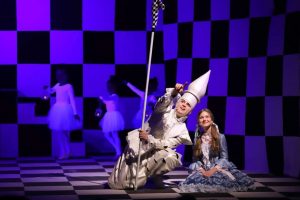 We’ve heard that you also star in musicals. Would you be so kind to tell us more about your experience on the stage?

Bon-Bon Music has produced two musicals in the past years, and I play the main character in both. Performing there is a completely different and more rewarding experience than voice acting. Musicals are live, so there’s no room for mistakes. If they do happen (and they do), you need to be ready to cover up. The best part is the applause as you see the joy in people’s eyes, and it is a really wholesome moment. For me, musicals have been a teaching experience – I made a lot of friends, they taught me a lot about teamwork and made me the person I am today.

How do you deal with stage fright?

It’s simple: I merge with the character and I imagine I’m not on the stage but rather where the action is happening. I’m surrounded by cats rather than actors in costumes. I focus on the things I want to do and instead of fearing my audience, I engage with them. I’ll make sure they are comfortable, but my physical comfort is important as well. If I feel like I don’t want to stand on foot the whole time, I’ll grab a seat. It’s best to not think about the fear, but face it and defeat it.

What kind of message would you like to give to your peers (whether they want to break into acting or not)?

If you want something, you have to work really hard for it. This job requires a lot of time and effort. You need to make quite a few sacrifices and always be in your top shape because there will always be someone willing to take your spot. It’s a very tough job, but if you work hard, it’s quite pleasurable and anyone can do it. You can achieve anything with the right amount of effort, whether it’s acting or not. But if it is, break a leg!

If you’re still wondering about your performing skills or what your talent is, perhaps following Christian’s example is the way to go. Do not hesitate to work hard, to follow your dreams and to jump on the stage of life.

*Disclaimer: Some of the responses have been shortened, modified or edited for the purposes of clarity and brevity. Meaning has not been changed.