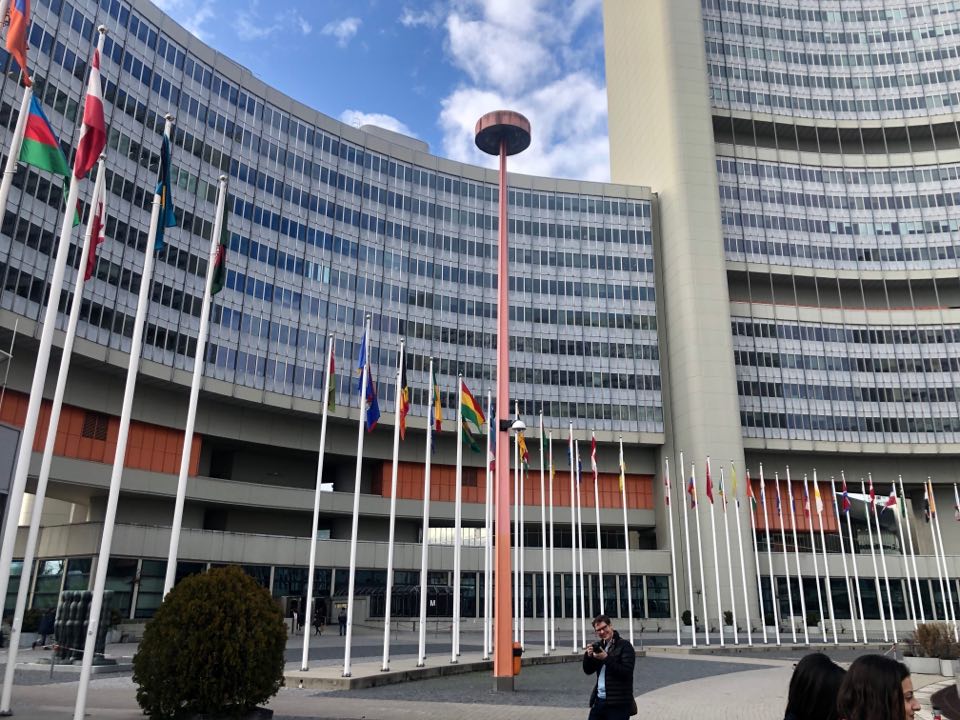 Ever wondered what it is like to be walking in the shoes of an Ambassador? If you think it is all about going to balls and social occasions, think again – and read the story of the young diplomat Krasimira Kamenova, who took part of the “Ambassador For A Day” initiative organised by the British Embassy in Sofia. Story by Dara Sapundzhieva from the American College in Sofia.

Few people think about the fact that, until last couple of decades, the field of diplomacy was a no-go zone for women. According to the research Madam Ambassador: A Statistical Comparison of Female Ambassadors across the U.S.,German, and EU Foreign Services prepared by Laura Schiemichen of College d’Europe in Belgium, this has begun to change, with the percentage of female ambassadors drastically increased in the last years. Yet, this number remain low in comparison to the overall number of diplomats. 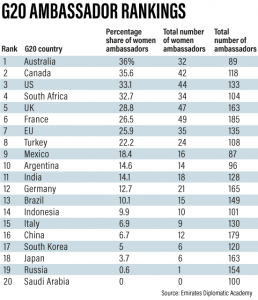 This is what the “Ambassador For A Day” competition, an initiative organised  by the British Embassy in Bulgaria that aims to get young girls engaged with international diplomacy, seeks to rectify. It first took place in Bulgaria three years ago, but it has gained fame ever since – 700 people applied for 17 slots this year only.

For the first time, the program also included a two-day trip to Vienna, in which the 18 winners (one for each of the 17 female Ambassadors in Bulgaria and the Vice-President) visited places like the local United Nations  office (UN), the Organization for Security and Co-operation in Europe (OSCE), and the Bulgarian and British Embassies in the Austrian capital. And that is not all for the young ambassadors – each winner will work with her Ambassador on a project of their choice.

This year, the participants had to answer the question “How would you promote Bulgaria on the world stage?” and to write an essay depicting their ideas and beliefs about the role of the ambassador on the world stage. 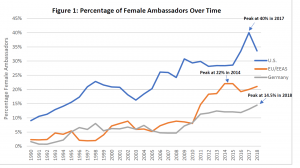 sCOOL Media reached to one of the girls selected as a young ambassador, Krasimira Kamenova, a student from the American College of Sofia, who told us what it feels like being in the shoes of an ambassador for a day.

Why did you decide to participate in this program? What inspired you?

The initiative was brought to my attention by a close friend of mine who was also a participant, since it was recommended to her by a past winner. I will confess, at the time the program itself was not what really interested me. However, I liked the topic of the essay I had to write for the competition and I had so much to say on the subject. Around a week later, I got an email that told me I was accepted in the program as the young Ambassador of Algeria.

Is the role of the Ambassador essential today? Why?

During our trip to Vienna, we met with a lot of people that were tasked with representing their respective countries abroad. These meetings convinced me that the Ambassador, as well as all people who work in the field of diplomacy, plays an essential role in today’s world. After all, without H.E. (Her Excellency) Emma Hopkins – the British Ambassador in Bulgaria – and her team’s work to promote her causes in Bulgaria, I wouldn’t have been in Vienna to start with. Ambassadors are very important: they organise key events that promote their country; they provide assistance for expatriates; they inform their home country of new developments; they strengthen international relationships.

How did your participation in the program help you personally?

During those two days in Vienna, I met a lot of people who were driven by their need to help others and to fulfil their duty to their country. This made me think about my own principles and aspirations in life and how I would go about achieving my goals in my chosen field. Some of the events, such as the visit to the UN, even gave me ideas about my future career, which, as 12th grade is steadily approaching, is becoming increasingly important to me. Of course, I also had the pleasure to meet a lot of incredible people – not only the 17 unique and driven young girls, but also the British Ambassador and her colleagues, who were with us every step of the way. We came from different cities, from different backgrounds, had different hobbies and interests, but nevertheless we found common ground and worked together. The two days spent in Vienna showed one thing very clearly – women need to be a part of international diplomacy, but even with all the strides that have been made towards gender equality, the percentage of female diplomats in the world is not as high as we would like it to be

Who would you recommend the program?

Everyone. Take it from someone who has no plans of going into diplomacy, anyone can benefit from this program. Even though I am only halfway through this journey, it has already been absolutely exhilarating, and I am sure that I will never forget this experience or what I learned from it. It is important for young girls to participate in such activities, geared towards showing them that they can achieve their dreams, because it means that those girls would not shy away from making such dreams a reality. I arrived in Bulgaria inspired, empowered, determined to work hard to make a change in the world, and I am certain that the other participants did, too.